My Journey into motherhood

When I married the love of my life (my husband) back in 2006, it was never far from our minds that hopefully one day, we would become parents.

I had dreamed of becoming a mother even before marriage and knew there would be challenges in getting there, but nothing could have prepared us for the whirlwind of emotions that we would have to endure.

This is my story…

Our dream to become parents started in 2006. Happily married & ready to start our little family.
Time passed quickly and flicked over to 2007, then 2008,  reality started to sink in…that I was still not pregnant, after many failed pregnancy tests month after month, year after year, the tears & disappointment began to flood my heart. I became frustrated and found myself pondering the thoughts (inwardly), “Would I ever become a mother? Was motherhood really going to happen for me?
Or just a dream, that would stay a dream forever in our hearts?

It was a gut wrenching feeling having my emotions dangling by a thread as these thoughts rushed through my mind like a torrent.
So many questions & so many unanswered ones…I began to search the internet for answers.

It wasn’t long before I found an informative forum website that was a wealth of knowledge for me, from other fellow C.F women who were in the same situation as me.
This forum helped me A LOT and somewhat eased my fears that I was not alone in the challenges I faced on my journey to motherhood.

In 2009, we sort out fertility treatment…and it wasn’t long before many more options were available to us and my dream to motherhood felt alive again!

That same year…just as I was about to undergo my first IUI (intra uterine insemination), my dad suddenly passed away, leaving me devastated & in shock!
I was close to my father and needed time to grieve.
Soon after, my health took a tumble and I was back in hospital again coping with a chest infection. I decided to wait to proceed with IUI, until my health was stable again.

In August 2010, I finally started my first IUI. The fertility doctor had warned us that the first attempt might not take, so we had braced ourselves for whatever was ahead.

The first IUI did not take & so I scheduled myself in for another I.U.I the next month.
Unfortunately the second did not take either.
After many I.U.I’s, needle prodding’s & constant blood work to check for ovulation, it all became quite overwhelming. Every I.U.I I went through, felt like a cruel joke at the end of the month, like nature was laughing in my face.

Depression started to sink its teeth in me, my hopes & dreams seem to dwindle…and as every month of failed IUI’s passed, that hope started to slowly fade & diminish.

By this stage, our friends had already started their families and were happily enjoying the fruits of their success as parents. We were really happy for them, but on the other hand… I was deeply saddened that it wasn’t happening for us. I always carried a crying feeling that I could not shake, no matter how hard I tried!

At the beginning of 2011, I decided to take a break from all the fertility treatment I had endured and just relax and enjoy life with my wonderful loving husband & our cute little(fur baby- (doggie) Lilly. I also thought that perhaps it wasn’t our time to be parents just yet…so I decided to trust God in all of this.

In 2012, we moved into a rental house out at Ardmore- literally opposite the buzzing airfield!

In November 2012, I decided to try my very last IUI fertility treatment.
At the time, I didn’t think it was going to take, because all the other 4 attempts had failed!
And at this stage, I was trying to rush the last IUI because we wanted to start IVF the year after & I wasn’t getting any younger either!!! LOL

Well IVF was not meant to be…because on November 2012, I conceived our little baby boy.
I still remember taking that first pregnancy test in sheer disbelief, looking at it thinking…
”Is this really happening?!! Can I really be pregnant??!!”

I had to take 4 pregnancy tests just to be sure that day!!! They all turned out to be positives!
I remember jumping for joy & hugging my husband, feeling ecstatic and overjoyed!
My dream of becoming a mother had BECOME a reality! Lol

I had my very first ultrasound done at 6 weeks.
A healthy little embryo had nestled itself into my uterus wall, like it was cuddling the mummy in waiting.
At 8 weeks, another ultrasound was done. As we saw the monitor…a little heartbeat flickered- this little baby’s heartbeat was strong!
“Congratulations!” the doctor said. “You have a tiny little, healthy embryo in there!”
Alec & I looked at each other with such excitement and joy.

Our dream to become parents had come true! And my dream of experiencing motherhood had finally arrived after nearly 7 years of trying to conceive! J

There’s not really much to say about my pregnancy…except that it was smooth sailing, as far as pregnancies go!
No morning sickness- just the hunger pangs! Lol
My lung function remained stable throughout my pregnancy & even made me feel’ healthier’ during it.
I Did decide however, to have I.Vs towards the end of my second trimester, just to make sure I would stay healthy- post natal.

A stable lung function is’ key’ to a successful pregnancy & keeping a healthy balanced diet and a healthy weight up is also another key.
Being as active & fit as you can be, also help too.

Adam was delivered by caesarean, due to me only dilating 7cms during my labour, though my waters broke naturally. The surgeon who delivered our little baby boy, called him ‘Perfectly Average’. Though to us, he is just perfect! J

Looking back, I don’t regret it for one minute!
I am truly loving motherhood & my husband is loving daddyhood!

Little Adam brings us so much joy. He gives us so many smiles. We truly feel very blessed!
Nothing compares in life, the happiness and contentment that our family is now three! J

I want to encourage other fellow cfers who may be thinking that they too would like to become mummies & daddies…dreams can come true!

So if that’s your dream…never give up hope!

Miracles do happen! Our Little Blessing’s living proof of that! ;) 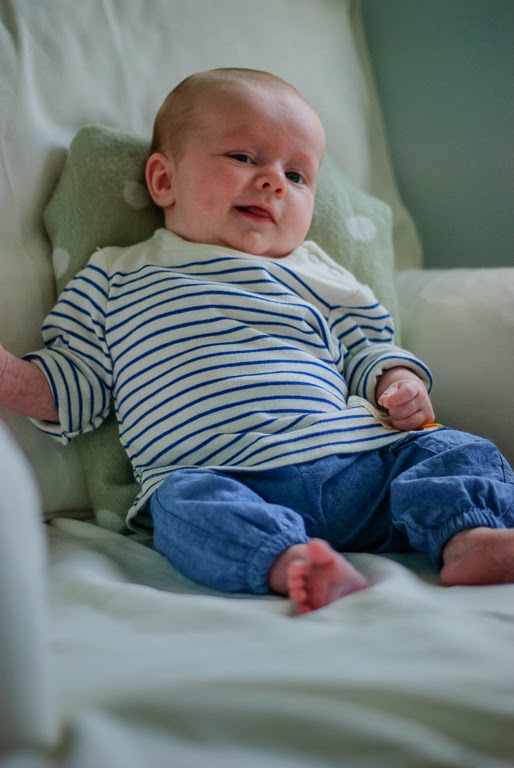 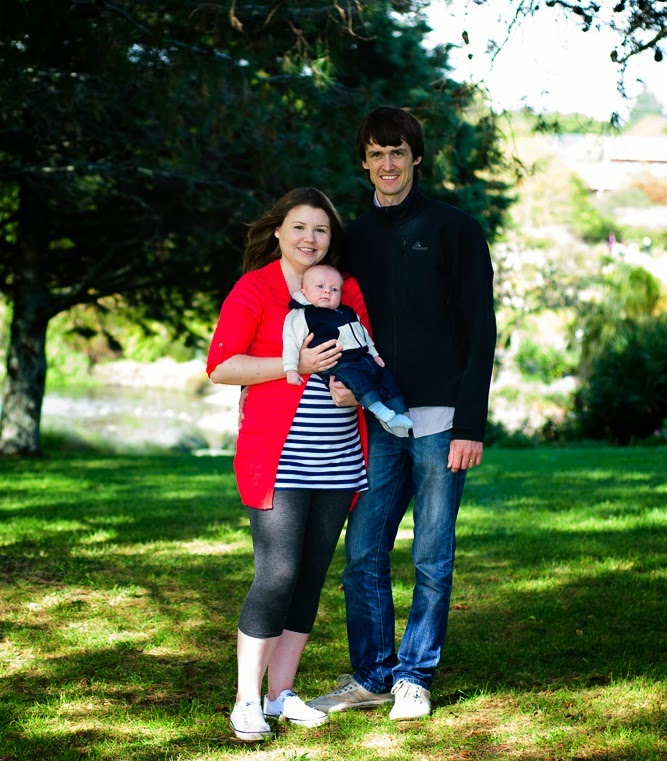 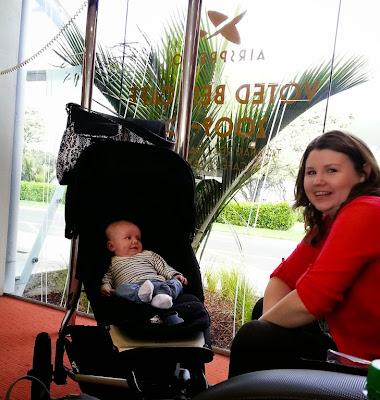 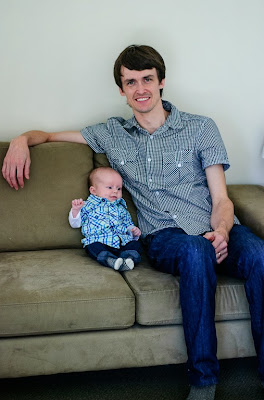 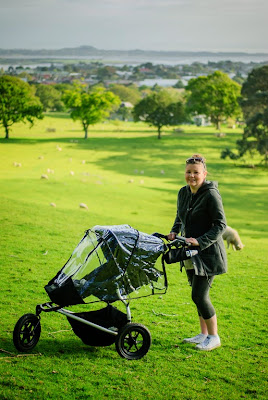 Making 'the walk' down to Tunnel Beach, Dunedin :)

Shine
Living this LIFE to the best of my ability & to the fullest! :) Sharing an AWESOME 7 years & over of marriage with my wonderful husband Alec. Whom has been the biggest BLESSING and a REAL 'GOD SEND'! Things I enjoy: photography, painting teddy bears, singer song writing & composing my own original songs & crafts on occasions. Though among other things...I am writing my very first children's fantasy novel. Yeah this children's novel is a long term project! Soooo...I really have no time frame on the novel! Haha! :) My motto: Do what makes YOU happy and cultivate the things you are GOOD at! Never stress about it! Life's too short to give in to stress and negativity...plus it's FLIPPIN exhausting! Haha! Take each day as it comes...mixed with...Lets just see what happens...?! ;)Oh and btw I have Cystic Fibrosis...but don't let that stop you from following this blog :)

This photo: Taken at Manukau heads...Tell me friends and followers...What adventures await YOU on 'YOUR JOURNEY' out there...? :) What are YOU going to DO with YOUR precious little Island...? Whether your drifting, floating- maybe even dancing to the tune of rocky seas...Maybe gliding upon the calm waters...? Whatever it is your facing today...Together we CAN ALL set sail so gracefully on the beautiful crystal, clear, turquoise seas, arriving at our destination...on the golden shores of our dreams we keep hidden away within our hearts :)

Photography is 'real life' artwork on a canvas of opportunities. Every scenery is God's masterpiece, each colour a stroke of brilliance & beauty...